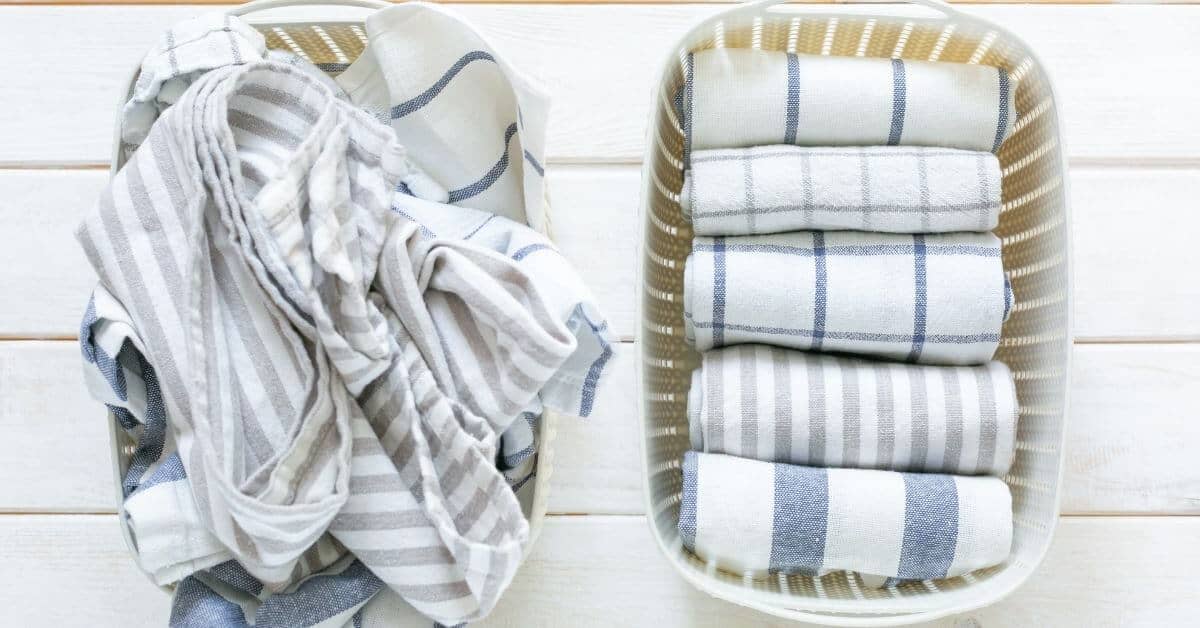 Learning how to properly fold clothes to save space is something not many people do- but it is well worth your time.

How to fold clothes to save space

Back in 2011, this book took the whole world by storm, and for good reason. People who once held on to their possessions so dearly were learning how to let go of them – and how to create homes and spaces that they LOVED (not liked… loved).

It taught people how to let go of things they were holding onto to make room for the things that they truly loved.

And ever since it came out, it has been one of the top resources that people go to for decluttering and organizing advice. (See what I’m talking about here.)

If you want to learn how to fold clothes to save space, I would HIGHLY recommend you first use these techniques to get rid of any clothes you no longer need before going ahead and starting to organize them.

For years I have struggled with clothing clutter. While I was able to pare down and declutter our whole house, I just couldn’t kick the clothes. I felt guilty for getting rid of my clothes – whether I didn’t want to get rid of them because they were hand-me-downs and I was worried the person I got them from would notice I no longer ha them, or because I realized I spent way too much money on certain items of clothing and couldn’t bear the thought of just throwing that money away – and over the years I’ve had many different closets and dressers that burst at the seams with clothes.

I wanted to organize our small house to save space, but when it came to my clothes, there were so many that there was no way I could organize them all.

My husband has always had a small, modest amount of clothes. They could all fit into a small suitcase.

My clothes take up OVER three-quarters of our large walk-in closet, as well as an entire dresser.

I just hate getting rid of clothes.

You might be wondering why I don’t get rid of the clothes that don’t fit.

Well… I’ve convinced myself to hold onto those clothes just in case one day I gain or lose a significant amount of weight, that way I won’t have to go out and buy a whole new wardrobe.

It wasn’t until my husband and I moved a couple of times in less than a year that I realized the number of clothes we were packing up and moving each time was just ridiculous.

It was creating unnecessary work for us- and I didn’t even like most of the clothes, anyway.

So- before I could go ahead and organize my clothes (ie, fold them to save space), I had to first get rid of a LOT of them.

Eventually, I realized that it was time to get rid of a LOT of my clothes. It was time for me to seriously sort through my clothes and get rid of all the ones I didn’t like.

I managed to get rid of over half of my clothes.

That’s a lot of clothes.

And as paranoid as I was that I was going to end up walking around naked if I got rid of my clothes because I would have nothing to wear, that hasn’t happened yet- I don’t even miss the one’s I got rid of.

On top of having a (much) neater closet, getting dressed in the morning goes a lot faster because I don’t have to weed through dozens upon dozens of articles of clothing that I don’t like to find something that I do like.

It wasn’t an easy process, but our house is better because of it.

Related: 5 Ways to Declutter Your House in One Week

How do you know if it’s time to declutter your clothes?

I went through a decluttering and organizing frenzy with our entire house. Everything had a home. Nothing was out of place. If we didn’t have room for something, we got rid of it.

And then I came to my closet.

And I realized that we really didn’t have room for all my clothes. Sure, we’d been storing them up until now, but the stacks that were nearing a mile-high and teetering were, truly, out of place.

So I told myself it was time to get serious with getting rid of clothes. It was time to pare down and get help (yes- I even had a friend come over and help me sort through my clothes because I knew if I did it on my own I would end up keeping 99% of it).

If you aren’t sure whether you should declutter some of your clothes or not, one of my favorite methods is to take all your clothes that are on hangers and turn the hangers around so they’re facing the wrong way.

Then, anytime you wear a certain item of clothing, turn the hanger back the right way and keep it that way.

After 6 months, any clothes that you haven’t worn (excluding clothes that you only wear certain seasons of the year, to declutter these clothes you’ll have to do this for about a year) get donated.

It’s as simple as that.

You can do the same thing for clothes that get kept in drawers or on shelves – simply turn your whole stack of clothes around so they’re backward, then anytime you wear something, put it the right way on the pile. After 6 months, toss anything that’s still backward.

Once you’ve gotten rid of all your unnecessary clothes, you can go ahead and start organizing them. And we’re going to go over the best way to organize your clothes.

How to fold clothes to save space

Now that you’ve gotten rid of any clothes that don’t spark joy (according to this book), it’s time to learn how to fold clothes to save space, so let’s get right to it.

Some people swear by folding clothes in a way that wraps them up into a little log to be the most effective, but I look at that folding style and can’t help but think of how much time it’d take to do that.

The folding style that I find to work the best is the konmari folding method:

What is file folding?

File folding is folding your clothes – or linens – means folding them in such a way that they can stand on end (vertically) and be stacked side-by-side, rather than on top of one another.

How to file fold clothes

Doing this allows you to be able to see all your clothing items with one glance, rather than having to pull multiple articles of clothing out of the drawer to find the specific one you’re looking for.

Ultimately, you want each article of clothing to be able to stand up vertically on its own once it is folded.

You’ll fold your clothes into small rectangles that can stand on their own, which will keep them looking tidy and won’t take up too much space.

How to file fold shirts

Lay your shirt out flat on the ground with the front facing upward.

Fold one side of the shirt halfway over (to the center), then fold the sleeve back.

Take the top (neck) of the shirt and fold it about three-quarters of the way to the bottom.

Take the folded edge of the shirt and fold it halfway to the bottom.

Again, take the folded edge and fold it once more (all the way to the bottom, this time).

The shirt should now be in a rectangular shape.

Stand the shirt on edge and stack it side-by-side with your other shirts.

How to file fold pants

Lay your pants out flat on the ground with the front facing upward.

Fold the pants in half so the pant legs are stacked on top of one another.

Fold the seat of the pants (the little piece that sticks out on the bum when they’re lying down) in to make a straight line from the top of the pants down to the ankle.

Starting with the ankles, fold them up towards the top of the pants, stopping just below the waistband.

Take the folded edge of the pants and fold them halfway over.

Again, taking the folded edge, fold it over all the way to the top, creating a rectangle.

Stand the pants upright and stack next to your other folded pants.

After you’ve file-folded all of your clothes, take a look inside all your drawers- don’t they look nice?

You can also sort your clothes from by color from dark to light to make your drawers even more organized.

If you want to use the konmari clothes folding method but don’t have drawers, you can put a couple of these on your closet shelves to act as drawers and stack your clothes upright in them.

Don’t stop with your clothes – you can go on to konmari your kitchen towels, bath towels, hand towels, bedding, etc.!

Now that you’ve learned how to fold clothes to save space, I’d love to hear from you – did you give it a try? Did you take a before-and-after picture? Feel free to share it below!

Related:
How to Clean a Disgusting House When the Mess is Overwhelming
11 Practical Ways to Thrive as a Stay at Home Wife
14 Modern Homemaking Tips for Beginner Homemakers

Amy is a full-time wife, mother, business owner, and homemaker. Amy truly believes that homemaking is a ministry, and she has a passion for helping other moms who are overwhelmed with the day-to-day find peace and joy in even the most mundane tasks. 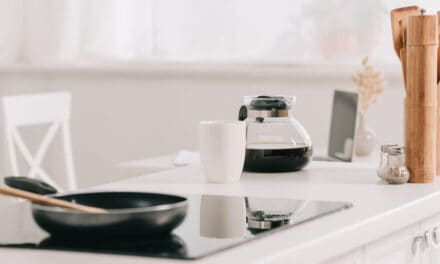 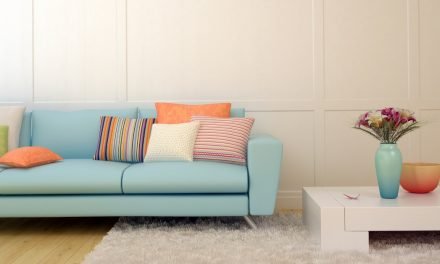 How to Get Rid of Clutter in Your House Today 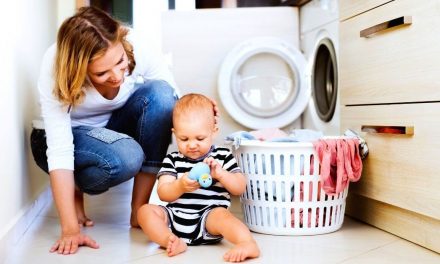 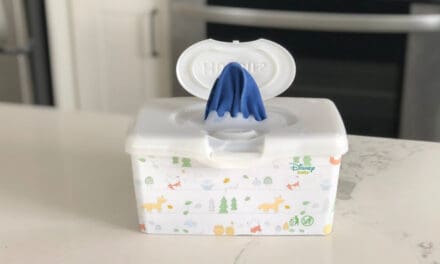 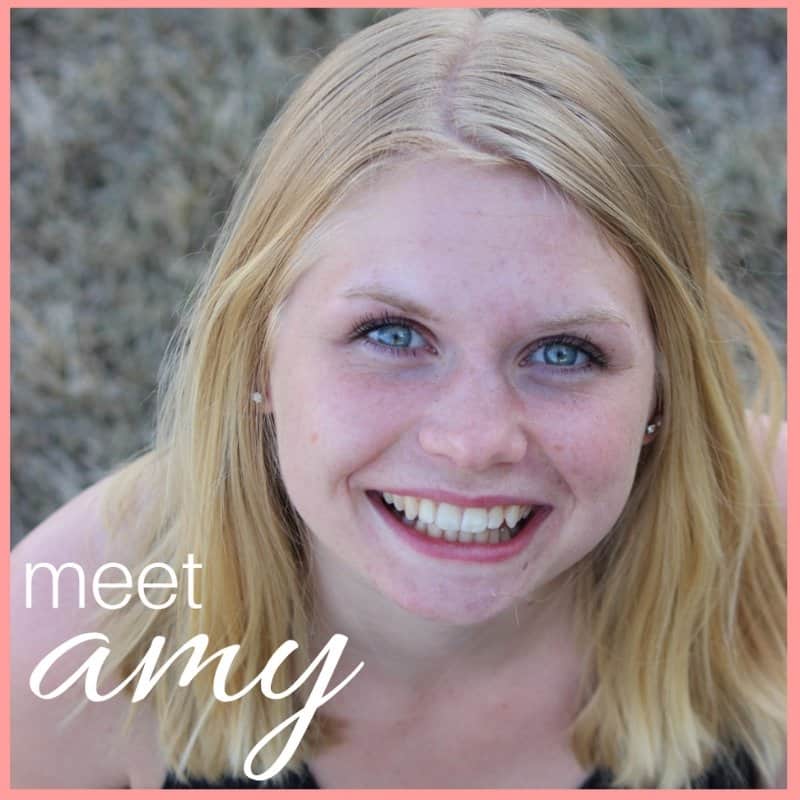